Organized by both the Gandur Foundation for Art (FGA) and the Ecole polytechnique fédérale de Lausanne (EPFL), the exhibition Noir, c’est noir? The Outrenoirs of Pierre Soulages features a strong experimental character. Soulages, a prominent figure of abstract painting, explores the properties of the colour black. Since 1979, his work has aimed to capture not merely the value of black in itself, but the light and structures that it reveals through the range of nuances and aspects of the pictorial matter. By venturing into Outrenoir, or “beyond the black”, the artist seeks to treat light as a material. Yet his approach, based on his long-term practice of painting and his incessant questioning of its means, in many ways resembles the scientific understanding of the phenomenon of light. Together with the FGA, five EPFL laboratories alongside startups originating from the school put their research and technologies at the service of an original approach to the Outrenoirs. 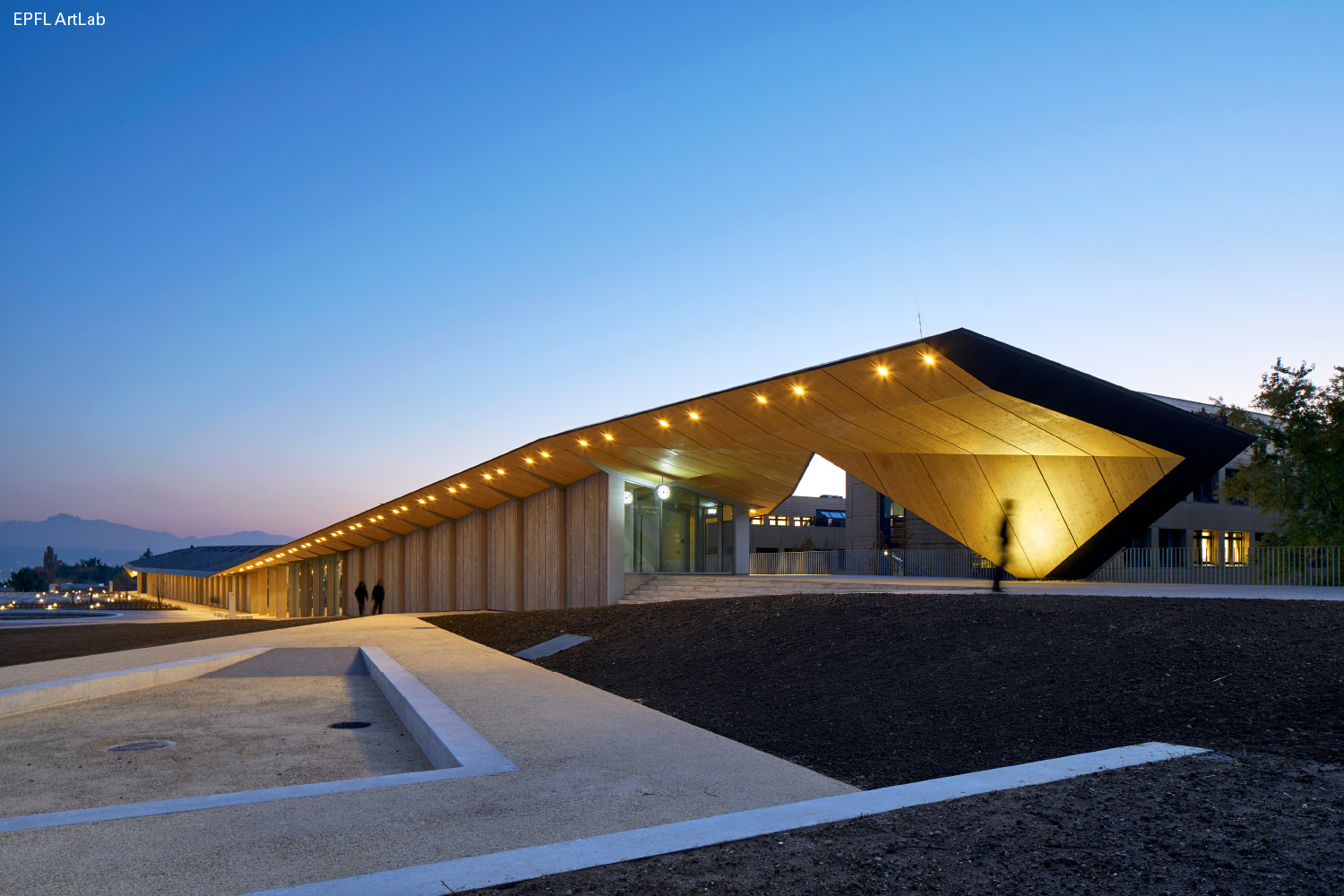 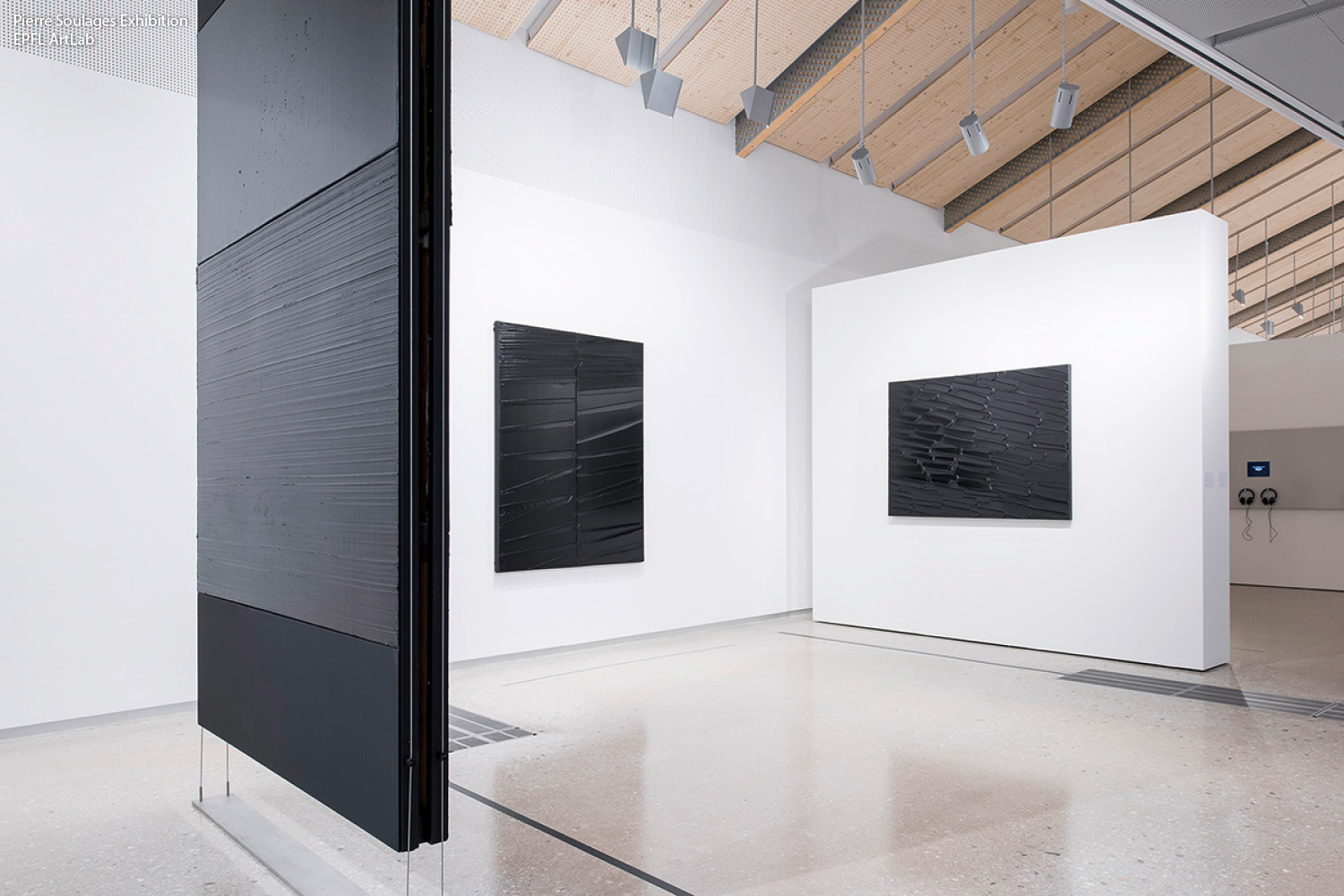 This digital Oculus Rift installation is the result of a research project at the EPFL+ECAL Lab in the field of digital museum installations. During visits to 12 of the most important museums in Europe, including interviews with curators and experts, the team at EPFL+ECAL Lab observed visitors’ experiences and different types of digital projects presented in museums. We discovered that many museum visitors do not read the introductory text at the beginning of an exhibition. These visitors, therefore, are lacking some of the fundamental stories and context behind the works. Our experimental research project started from this observation. That is, we aimed to give visitors an immersive, visual, emotional and immediate introduction to the exhibition. An introduction to the artist and the main features of the exhibition are presented in the virtual environment. The content progresses linearly with a scroll controlled by the visitor, but at the end loops back to the beginning. This principal was derived from our observations of installations in public space, and gives the users a clear direction, but also an influence on their experience. 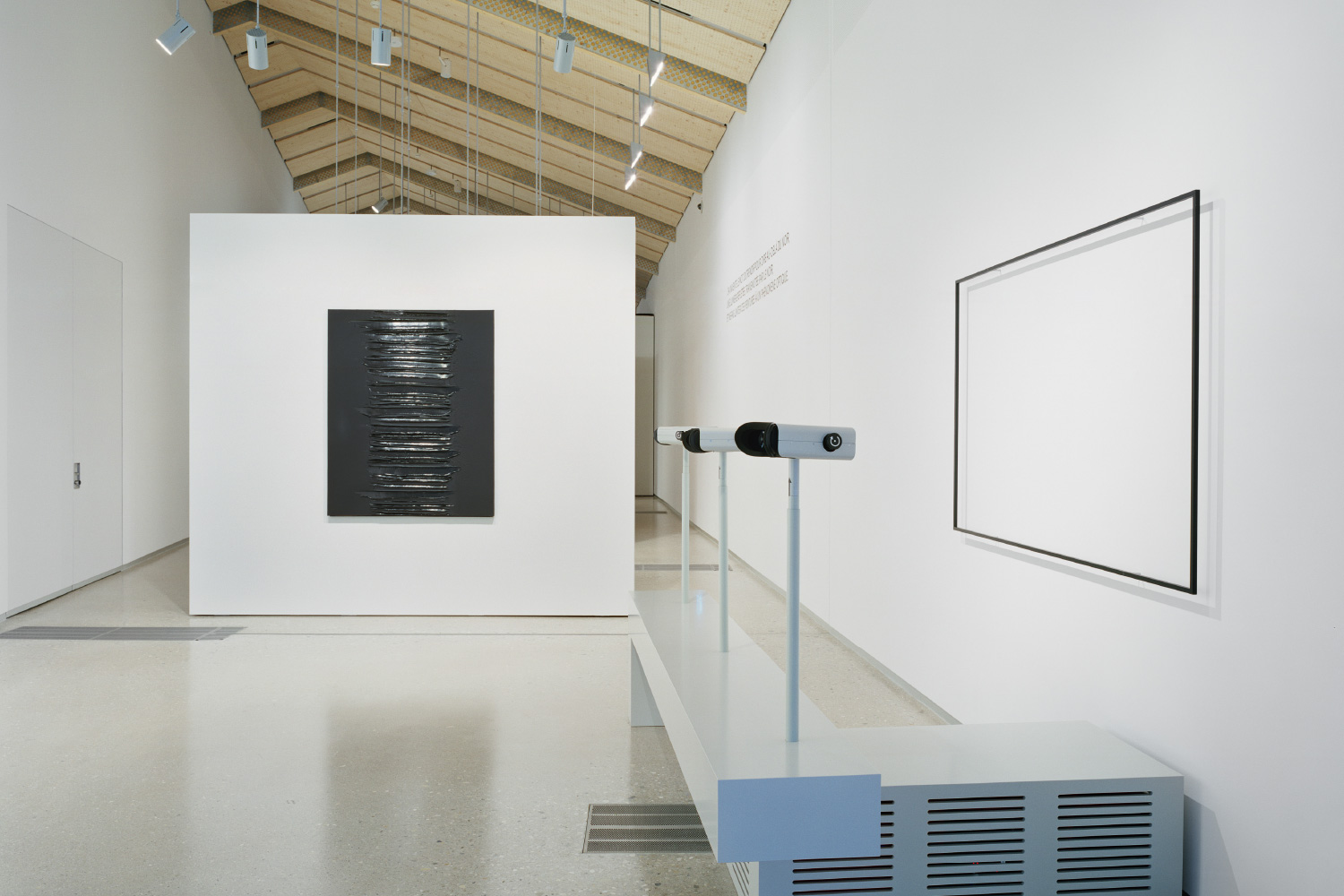 The presentation of the artist / main features of the exhibition in virtual environments, and the inclusion of direct textual citations of artist or curator are the principles of our project construction. The application consists in a navigation path do discover environments in linear order as loop. the user experience studied for this project came from observation in public space Installation that must be as simple as possible and work on the emotional side. User will discover each space moving a wheel to advance of go back.

The application presents the characteristics of the artist in every environment: light, matter and the interaction between light and matter. In each room there is a key quote from the artist that is linked to the theme presented. The intent of the research project is to find a universal principle of development that can then be used for subsequent exhibitions with new artists and themes. 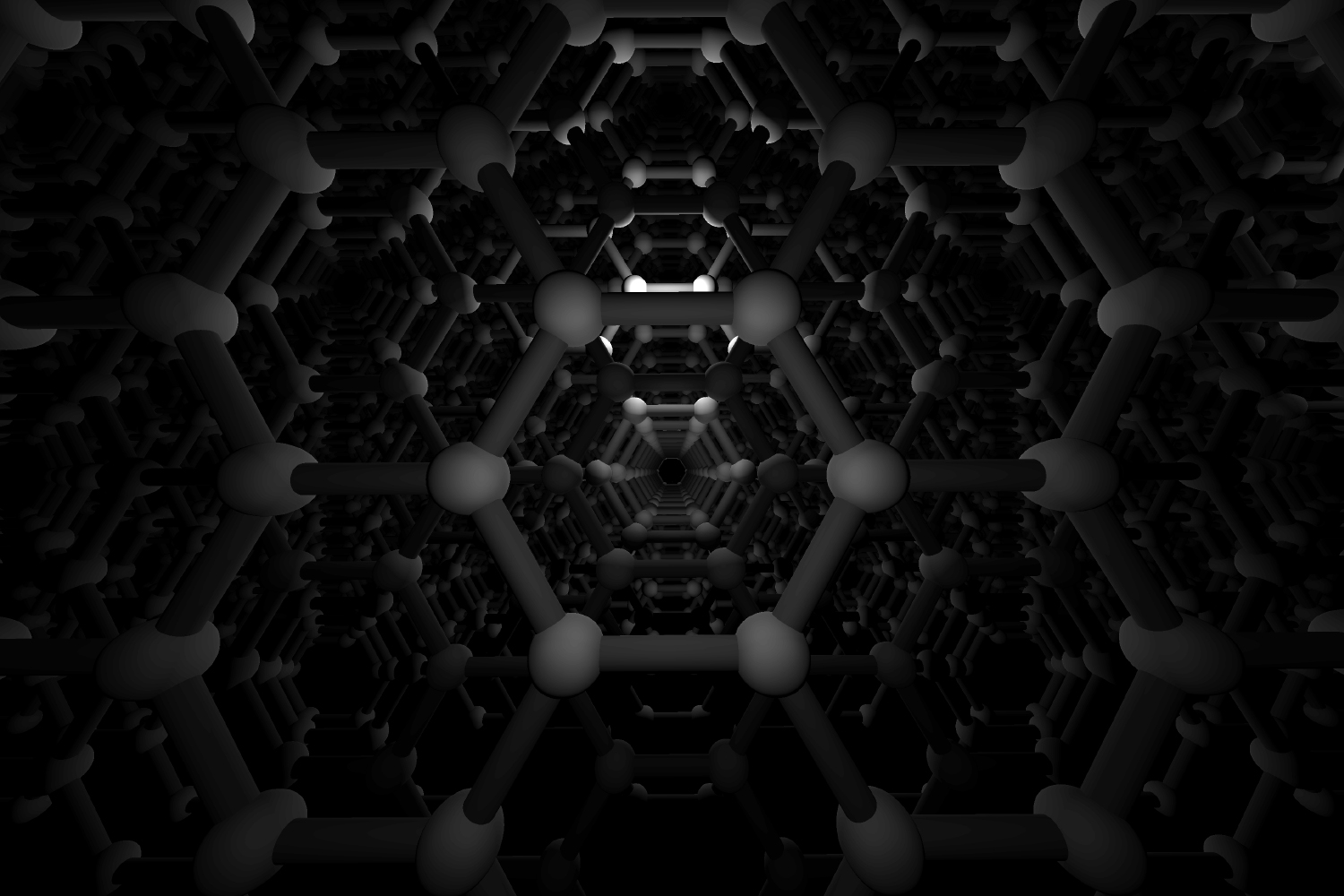 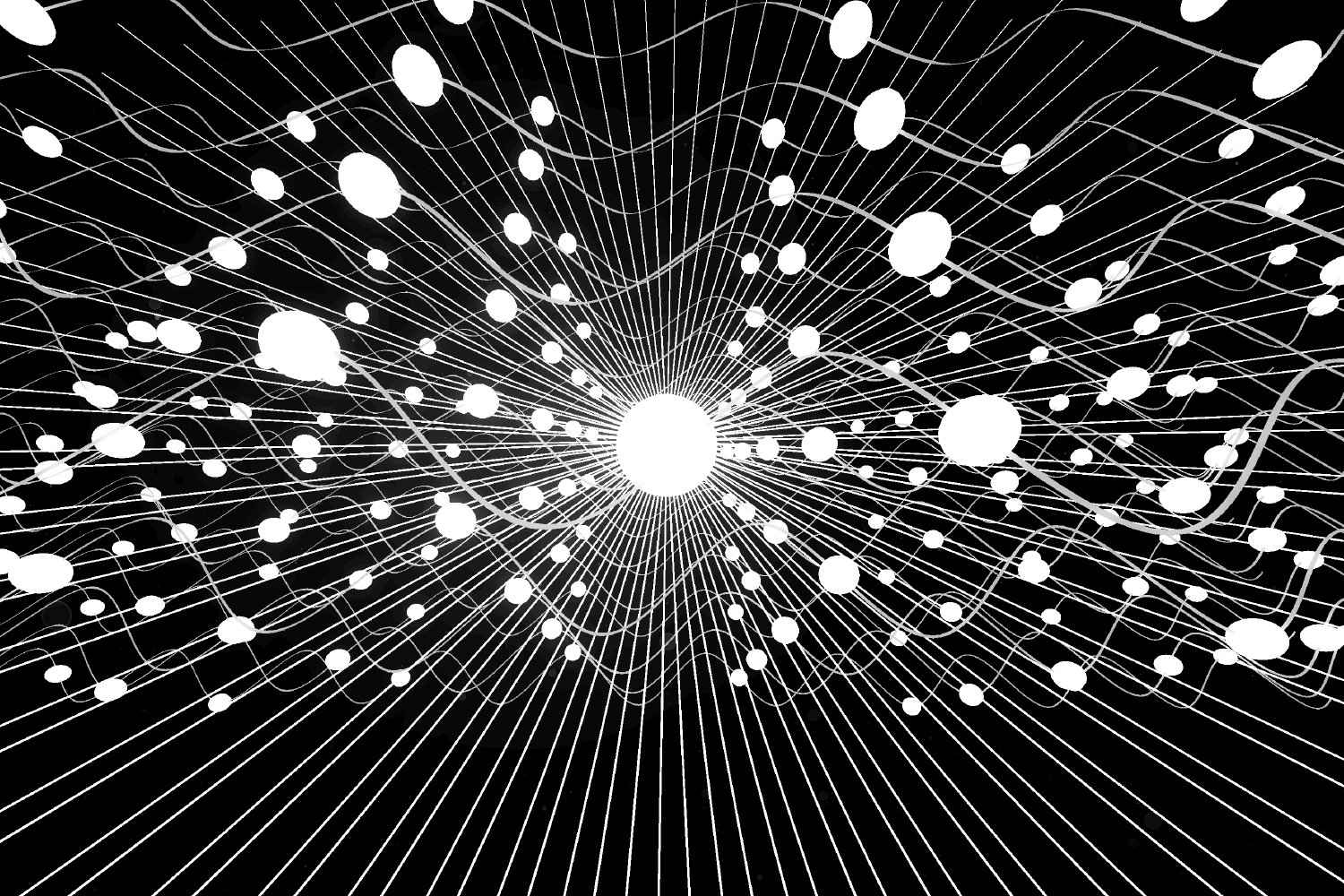 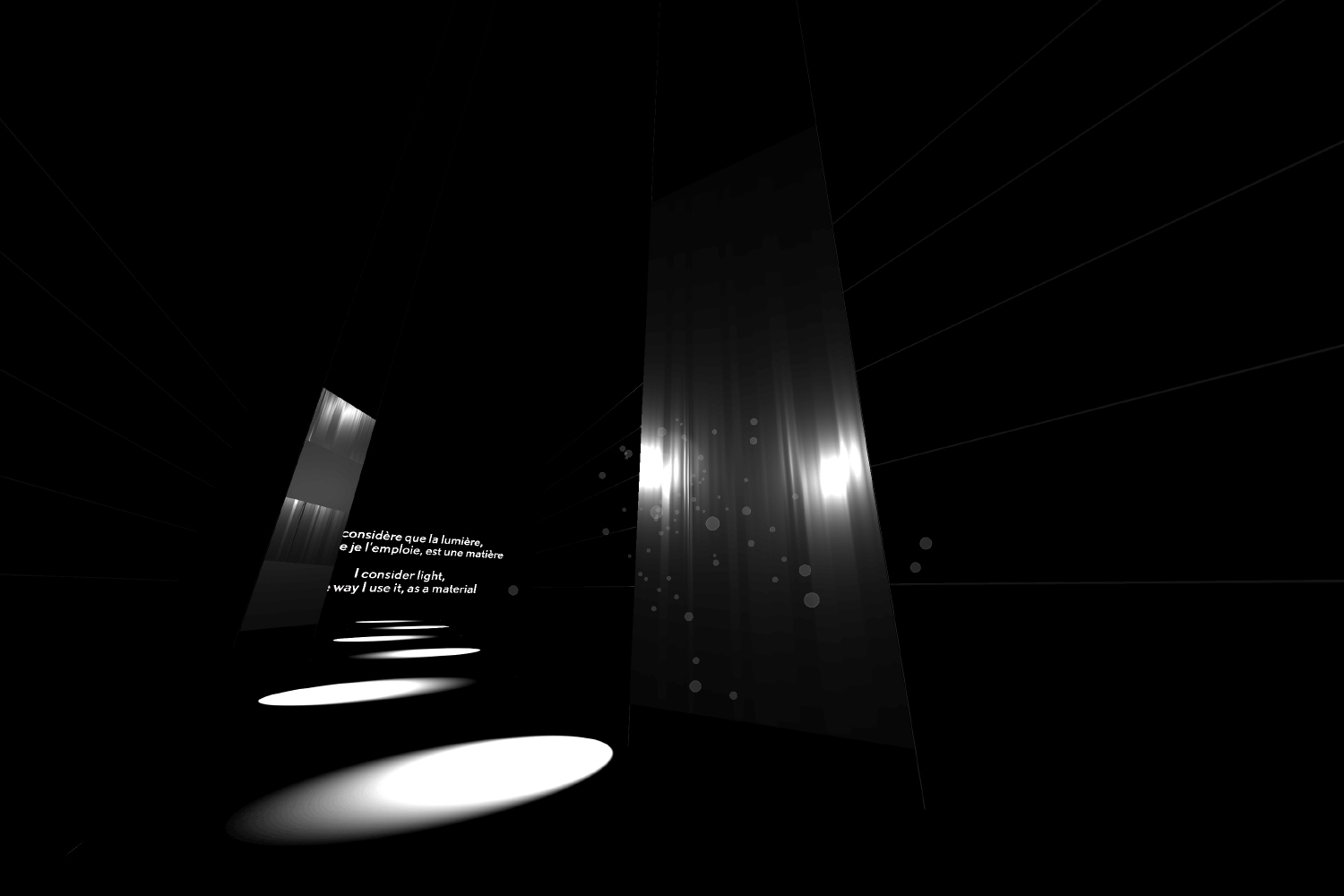 For the creative direction, I worked a lot on the contrasts of environments; full vs empty, light vs dark.The direction of the application is aimed at creating suspense during the advancement through the spaces, activating interactive elements, dynamic structure and luminous elements. In this way, the user unveils and builds the experience not expecting certain scenes and certain emotional impacts, and generating an immediate wow effect. This shows the potential of the Oculus Rift to provide emotional immersion and to bring the user into unique and mystical experiences.